You Haven’t Seen Anything Yet

16I am the Lord, who opened a way through the waters,

making a dry path through the sea.

17I called forth the mighty army of Egypt

with all its chariots and horses.

I drew them beneath the waves, and they drowned,

it is nothing compared to what I am going to do.

19For I am about to do something new.

See, I have already begun! Do you not see it?

I will make a pathway through the wilderness.

I will create rivers in the dry wasteland.

Wait! What? God recounts one of the mightiest miracles of all time and then tells us to forget about it? He parted the Red Sea, led His people from slavery to freedom and then drowned their enemies behind them. Now God is telling His people that was a drop in the bucket in comparison to what He is about to do. The God who split the waters is now going to make the waters flow in the middle of the desert. The God who made a pathway through the Sea is now making a pathway through the wilderness. God is reminding His people that He is not a past tense God. The same God who delivered His people then is about to do it again! He didn’t want them to be so beholden to what He had done before that they couldn’t see what He was doing now. He’s telling Israel to stop saying, “Those were the days” and to start declaring “These are the days!” He asks them, “Do you see it? Do you see what has already begun!”, implying that they were so focused on the past stories they weren’t recognizing the present victories. God is exhorting His people to not let nostalgia for what once was a steal from the new of what is happening right in front of them. Jesus is our example of never assuming God will do something the same way twice. Whether it was casting out demons, healing blind eyes, or multiplying loaves and fish He always followed the Father’s cue for the new thing He was about to do. Jesus describes this process this way, “19So Jesus explained, “I tell you the truth, the Son can do nothing by himself. He does only what he sees the Father doing. Whatever the Father does, the Son also does. 20For the Father loves the Son and shows him everything he is doing. The Father will show him how to do even greater works than healing this man. Then you will truly be astonished.” (Jn. 5:19-20)

There’s a reason the rearview mirror is so small and the windshield is so big on our vehicles. The past is a place of reference not a place of residence. It’s good to see how far we’ve come but we must keep our primary focus on where we’re going, more precisely what The Father is doing. Every single day becomes an opportunity for us to live off the fading glories of past success or to move headlong into the adventure of the new and the now that Holy Spirit is leading us to. If it’s been a long time since I’ve been astonished or amazed at what God is doing it’s probably due to that fact that I’ve been resting in what once was and no longer pursuing what God is doing right now. He is still parting waters, He is still destroying enemies, He is still turning a wilderness into a wonderland. So, it’s not God’s fault if I’m not seeing it because I’m too focused on yesterday to see Him moving today. Isn’t this the very reason the religious leaders missed the Messiah right in front of them? They were so beholden to their traditional mindset of the Messiah that they missed the very answer to their prayers performing miracles right in from of them. All too often a church starts as a Movement of present-tense Holy Spirit activity only to slip into more of a Monument to the way God used to move when it first started and then finally ending its days as a mausoleum of mediocrity, a mere shadow of the church that once followed the pillar of fire wherever He moved. This is why Pastor Wayne is always challenging us, even 24 years into this church, to stay in a pioneer mindset. We can either settle or soar depending on the focus of our faith as individuals, as a church, as a nation. Are we so focused on where we’ve been that we can longer see where Jesus is going? Are we so focused on what we’ve seen that we no longer have eyes to see what the Holy Spirit is revealing?

Lord, I want to head into this day looking for the new thing you are about to do. I have an idea of what’s going to happen as I look at Thursday’s post, but I don’t want to fix my focus on any other thing but my present tense God who is leading me into the future. Thank You for this mighty adventure of faith You have called me to. I can’t wait to see what You’re going to do next. I’ve seen some amazing things but You’ve made it clear that I haven’t seen anything yet! 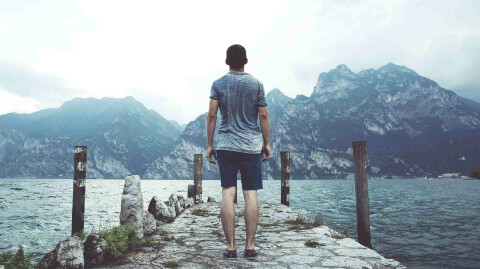 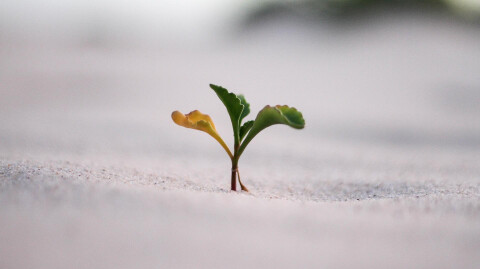