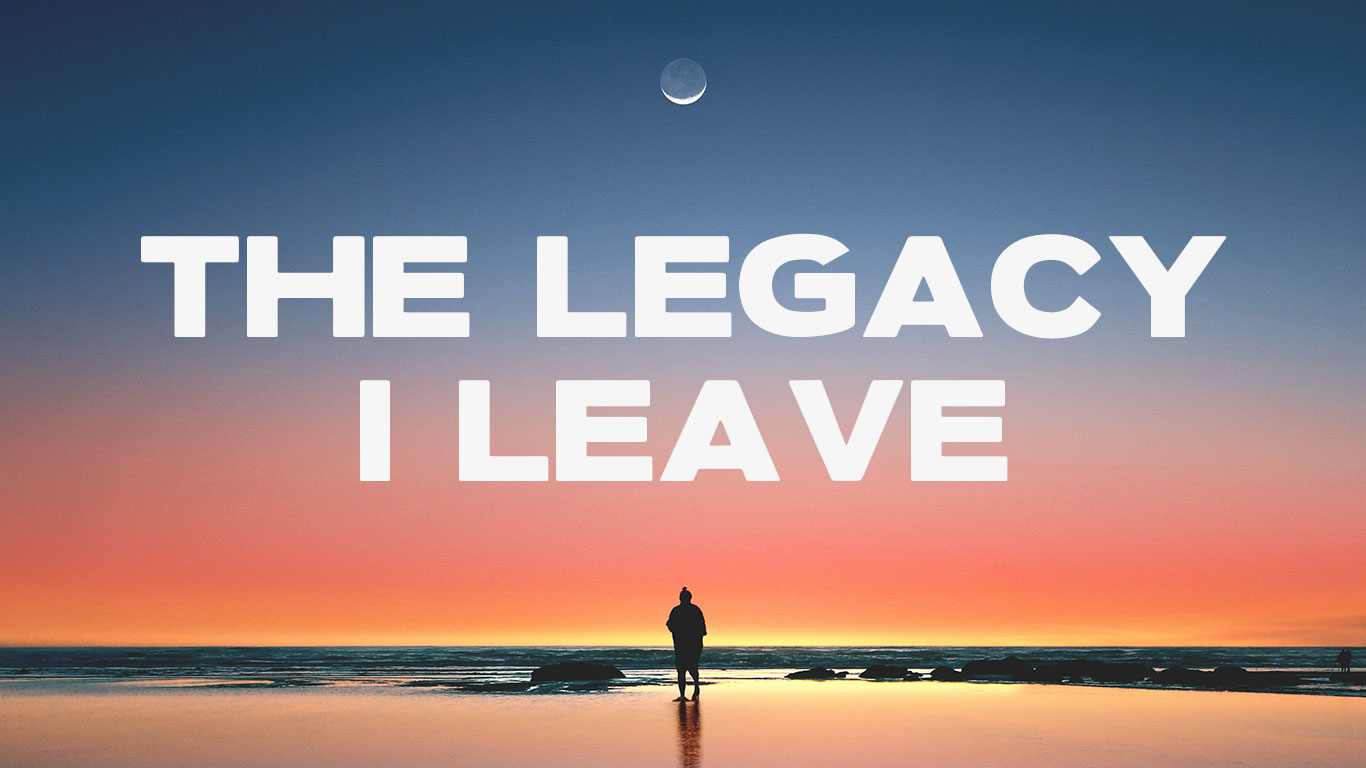 The Legacy I leave

When the men who lived there asked Isaac about his wife, Rebekah, he said, “She is my sister.” He was afraid to say, “She is my wife.” He thought, “They will kill me to get her because she is so beautiful.”

Abraham.  Isaac.  Jacob.  Three fathers of our faith passing down to their sons a real relationship with the Almighty God! As with any father, son relationship our kids don’t just pick up on the good things we do, they also pick up and run with the bad things we do, say, and live.  This legacy of faith was mixed with a legacy of fear.  When Abram was fearful that his beautiful wife Sarai would be taken and he would be killed by the Egyptian Pharaoh he lied and said that she was his sister.  He even justified this lie by saying, well… half-sister (Genesis 12).

In today’s reading, we see the son Isaac doing the same due to the same fear regarding his wife Rebekah.  We then read of at least six times that Isaac’s son Jacob pics up the deception ball and runs farther with it then either Abraham or Isaac ever did.  By the grace of God, these lies did not disqualify the calling on the lives of these men, but I often wonder how much could have been accomplished for the glory of God if they would have held to the truth even in the face of possible harm.  How much greater a legacy could have been passed on to their sons?

If the moral of the story is that we shouldn’t marry a beautiful wife I’m in trouble.  If the moral of the story is to discern the mixture in the legacy I’m passing to my children… well, I’m still in trouble.  Last night on the way to Midweek Service I had my three younger boys in the car and was talking to Cyndi.  I was being very sarcastic about a situation we were discussing and she wisely told me to be careful because young ears were listening.

Have you ever noticed that if you are telling your children something extremely wise or good or useful they become instantly hard of hearing and yet if you are saying something you don’t want them to hear they will pick up on it a mile away?  So, instantly one of my Twins said, “Are you being sarcastic Dad?” Frustrated I said, “Yes, don’t do that.”  Without malice or ill intent he innocently asked, “Why can’t I be sarcastic?”  I said, “Sarcasm is anger's ugly cousin and we shouldn’t speak that way.”  Justice then asked the question that pierced my heart, “If you’re not supposed to speak that way why are you doing it?”

Father God, I know You aren’t asking me to be a perfect parent, but You are asking me to interrogate reality and examine the legacy I’m passing on to my boys.  Will there always be a mixture?  Yes, but I refuse to use that as an excuse to simply leave it as is.  Lord, I repent for dealing with my anger through sarcasm rather than surrender.  You have given me the greatest privilege in the world of passing my faith on to these young men of God.  I’m not seeking to pass on a legacy of perfection but instead a legacy of humility.  I know I will need to go to my son today and apologize for talking that way so he sees a father willing to learn from his mistakes. That’s a legacy worth leaving.