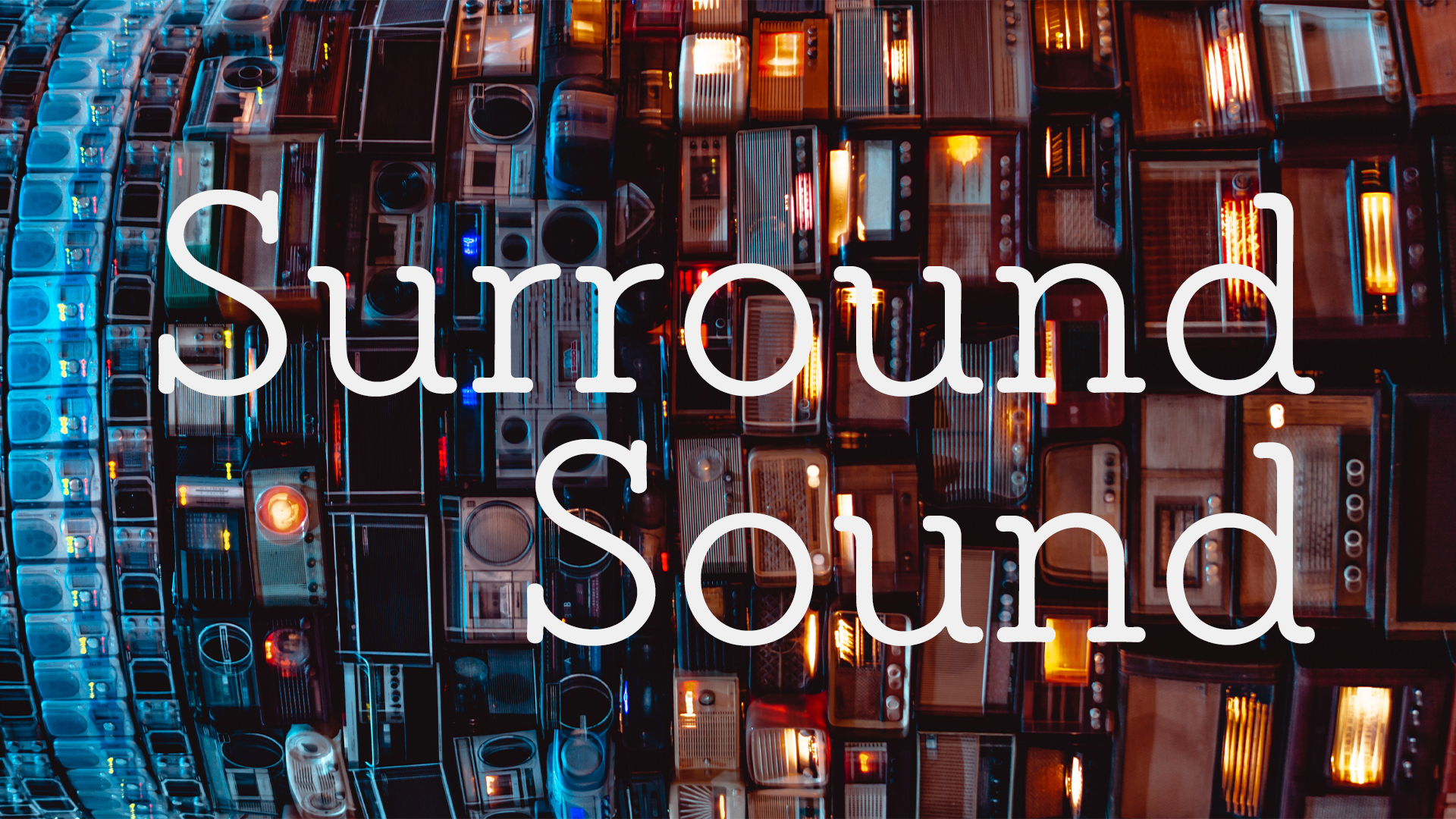 7But when Sanballat, Tobiah, the Arabs, the Ammonites and the people of Ashdod heard that the repairs to Jerusalem’s walls had gone ahead and that the gaps were being closed, they were very angry. 8They all plotted together to come and fight against Jerusalem and stir up trouble against it. 9But we prayed to our God and posted a guard day and night to meet this threat.  Nehemiah 4:7-9

Nehemiah was hearing the lies in Dolby Digital surround sound.  Everywhere he went someone was telling him he was going to fail and fall.  He was surrounded on the outside.  Jerusalem was smack dab in the middle of the three enemies mentioned here. Sanballat was the chief enemy of Nehemiah. He was the governor of Samaria to the north of Jerusalem. He hated Nehemiah from Day One. He was not a friend but the ringleader of the opposition. Tobiah was an Ammonite official who incited the Ammonites to hinder Nehemiah's efforts to rebuild Jerusalem. Tobiah meanwhile sent intimidating letters directly to Nehemiah.  Geshem controlled the eastern desert region of Syria, northern Arabia, Sinai, and northern Egypt. The rebuilding of the wall of Jerusalem threatened his power.  So, these three united in a perfect storm of intimidation from the outside.  Then, Nehemiah was surrounded on the inside. Tobiah also had married a daughter of Shecaniah, a Judahite leader, and had given his son, Jehohanan, in marriage to the daughter of Meshullam, another Judahite leader, for ostensibly political purposes. Because of this, he somehow gained enough of a Judahite coalition to use the Judahites themselves to send letters to Nehemiah, telling him of Tobiah's "good deeds" in an apparent attempt to weaken Nehemiah's resolve to keep Tobiah out of the rebuilding effort. That’s why we read this description in the narrative:  10Meanwhile, the people in Judah said, “The strength of the laborers is giving out, and there is so much rubble that we cannot rebuild the wall.”  11Also our enemies said, “Before they know it or see us, we will be right there among them and will kill them and put an end to the work.”12Then the Jews who lived near them came and told us ten times over, “Wherever you turn, they will attack us.”  Like I said, surround sound, loud and proud, beating that bass note of defeat into Nehemiah’s soul.  Yet, who did he choose to listen to?  How did he choose to respond?  He turned down the noise and looked up to His God.  Nehemiah surrounded himself with the promises of God through prayer as well as like-minded men and women who refused to be dissuaded or discouraged. “13 So I placed armed guards behind the lowest parts of the wall in the exposed areas. I stationed the people to stand guard by families, armed with swords, spears, and bows. 14 Then as I looked over the situation, I called together the leaders and the people and said to them, "Don't be afraid of the enemy! Remember the Lord, who is great and glorious, and fight for your friends, your families, and your homes!" 15 When our enemies heard that we knew of their plans and that God had frustrated them, we all returned to our work on the wall.” Nehemiah 4:13–15

I feel like I’m hearing the promises of God in surround sound through Nehemiah’s story.  I’m so ready to see the enemy’s plans frustrated instead of being frustrated by the enemy's plans.  I’m ready to turn down the volume on fear and doubt both inside and out so I can hear the divine strategies of God in His Word and through His people.  I’m choosing to give weight to the words of those who are here to build up rather than tear down.  I’m choosing the presence of God in prayer over the politics of power that can so easily distract from the mission at hand.  I’m so thankful for the men and women of God who surround me and the Church when the enemy tries his tricks.  Just yesterday I felt this reality.  My sister-in-law Heather was going to have a brain tumor removed from the frontal lobe.  It was growing rapidly and would begin to affect her motor skills.  What made it extra difficult was that it was wrapped around certain areas in her brain that were hard to get at.  This was the second time my brother Dan had to face down a brain tumor surgery with Heather.  They were standing in faith but called for support.  So, like Nehemiah, I reached out to some of my prayer warriors who have been in a few faith fights and they stood with me and family in prayer.  I’ve found that the moment I draw a line in the sand, a line I will not cross, the enemy will begin to push and pull and make me feel surrounded. The enemy may have me surrounded but God has my enemy surrounded. If I have drawn a line I have to make sure I don’t lose my line of sight- because I am surrounded- surrounded by the Lord. My line of sight is not just visibility of where my enemy is, but where my friends are.  So, my friends speak to me about what God was sharing with them about the surgery and I was surrounded by the sounds of faith.  Finally, at the end of the day, I heard back from Dan that the surgery was a success, there were no complications and the doctors felt confident they were able to remove all of the tumors!  “So the wall was completed on the twenty-fifth of Elul, in fifty-two days. When all our enemies heard about this, all the surrounding nations were afraid and lost their self-confidence, because they realized that this work had been done with the help of our God” ( 6:15-16 ).  It’s time the enemy heard the praises of God’s people in surround sound:  “It may look like I’m surrounded but I’m surrounded by You!  This is how I fight my battles!”

Lord, I thank You that You hear our cries!  I thank You for bringing Heather through this surgery and for a speedy recovery.  I thank You that I am not alone.  The enemy is a big bully on the playground but this isn’t his ground and I’m not playing around.  Let me learn from Nehemiah.  That prayer would be my first response and not my last resort.  That no matter how loud the enemy huffs and puffs I would know he can’t blow your house down.  I thank you for the friends of faith that stand with me as we build what you have called us to for Your Kingdom and Your Glory! 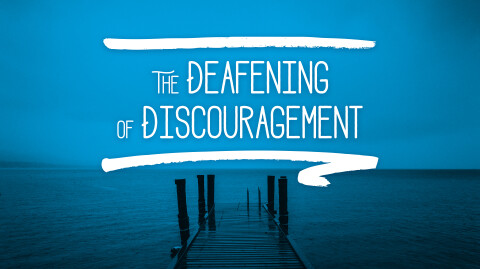 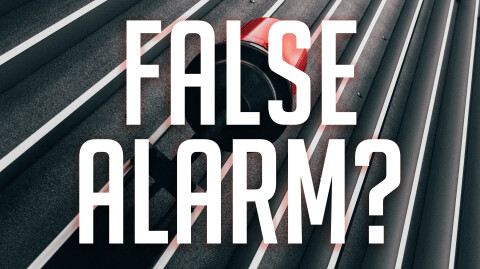 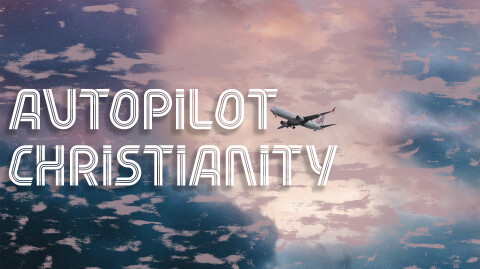