15 “I know all the things you do, that you are neither hot nor cold. I wish that you were one or the other! 16 But since you are like lukewarm water, neither hot nor cold, I will spit you out of my mouth! 17 You say, ‘I am rich. I have everything I want. I don’t need a thing!’ And you don’t realize that you are wretched and miserable and poor and blind and naked.

This passage is my testimony. Here in Revelation, God reveals His word to the 7 churches through His prophet John. To each, He has a specific encouragement and warning. The church in Laodicea is described as lukewarm, neither hot nor cold. God despises this and warned that those who are like this would be spit out of His mouth. There are so many in the world, including a great many Christians who believe that they are “good enough.” They don’t sin any more than most. I used to feel this way. I didn’t commit crimes, wasn’t addicted to drugs or alcohol, was faithful in my relationship, but I never put a priority on closely following the Lord. Good enough is lukewarm. I wasn’t bad, but I also wasn’t good.

People who consider themselves good enough are often self-sufficient, doing well in their jobs and generally don’t feel the need of being saved either spiritually or physically. That’s what makes us so vulnerable. We think we’re doing fine, but actually, God has one of the harshest consequences for us, He will spit us out of His mouth.

We are more at risk than those in prison or in rehab because we don’t even realize we are in danger, we think we’re fine, but we’re not.

We need to understand that “good enough” is not. God despises lukewarm. Lukewarm is a very dangerous place to be because we are unaware of the peril we are in. The enemy rejoices when we are in this place because he doesn’t have to do anything to keep us there. We must recognize our complacency and grow hot for our Heavenly Father. It’s sad but true, there will be many who don’t go to heaven who were nice people, who served others and gave to Aloha United Way but didn’t believe in Jesus and lived lives that were just good enough.

I must continue to keep the flame burning hot, never allowing my family or myself to become complacent and lukewarm in my service to my Savior.

May my walk with You never become routine. I never want to be lukewarm, only hot, in serving You. Help me to live as an example to others. 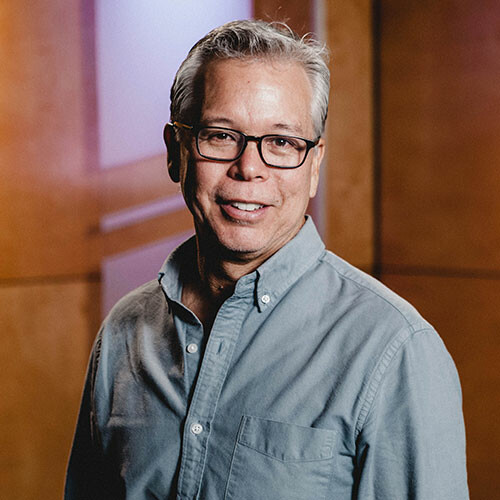 Tim has been on staff at New Hope since 2001.  He is a multi-award-winning director of feature films, TV programs, and commercials.  Tim and his team have won over 20 Telly Awards.

To date, his best productions are his 2 children Laney and Luke who, along with his talented and beautiful wife, Mardi (New Hope's Producer), are the loves of his life, second only to Jesus!