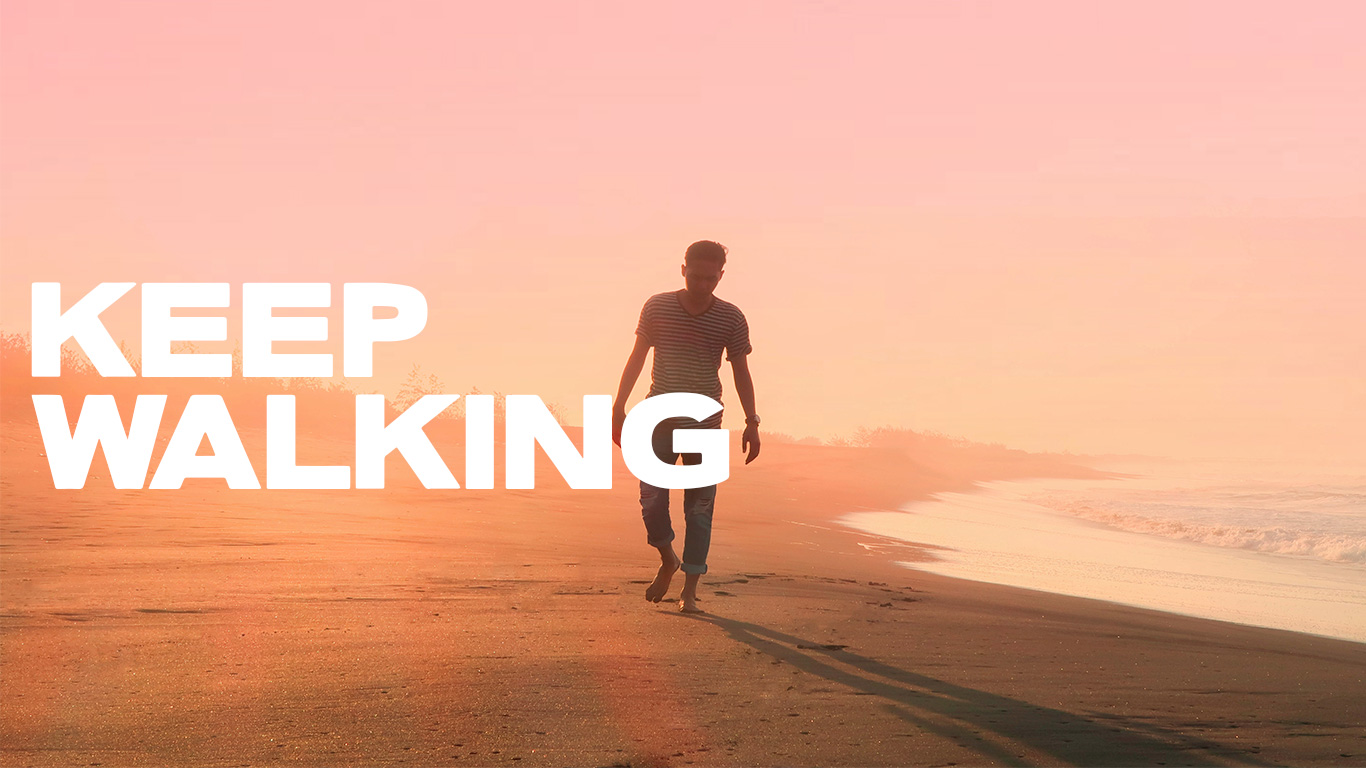 It was by faith that the people of Israel went right through the Red Sea as though they were on dry ground. But when the Egyptians tried to follow, they were all drowned.

As I read through the Hall of Faith passages of Hebrews 11 I am always struck by the fact that every journey is unique but the question is the same to each saint:  “Will you keep walking by faith?”  Will Noah keep walking to build the Ark even when there’s not a cloud in the sky?  Will Abraham keep walking further away from his family and into the unknown? Will Abraham keep walking up the mountain trusting God to resurrect his son Isaac after the sacrifice?  Would the people of Israel keep walking around the impossibly high walls of Jericho believing they would eventually fall?  Would Moses keep walking as he led his people out from Egypt and into the Promised Land through an impossible wilderness?  I can’t imagine the terror felt in the hearts of the people of Israel as they faced the Red Sea in front of them and the armies of Egypt behind them.  “Keep walking?  How can we keep walking?  If we keep walking we are going to drown.  Why has Moses led us to our destruction?”  Then, Moses keeps walking as God instructs and God parts the Red Sea right in front of them. What was impassible and impossible has now become a pathway to promise.

Here’s the thing Hebrews 11:29 points out- every single member of the people of Israel had to answer the question, “Will you keep walking by faith?”  It’s one thing to see God part the Red Sea. It’s another thing to believe He will keep them parted as they walk their family and livestock through.  Surrounded by walls of water on either side how many would have been tempted to turn back?  Halfway through maybe trying their luck with the Pharaoh looked more appealing?  This was no quick sprint across a river bed.  Scholars believe that it would have taken anywhere between three and four hours for the 2 million people, their children, livestock, and belongings to make it across the Red Sea.  Exodus 14:21 indicates the crossing probably happened overnight.  Imagine the torches illuminating the frightened faces looking up at the walls of water as they wondered how long this could possibly last.  As Hebrews 11:29 indicates, each and every person, young and old, made the choice to keep walking no matter what.  In fact, it was only when the people of Israel decided to stop walking many years later due to giants in the land that they would forfeit their promise.

Sometimes we forfeit the miracle halfway through.  We start out strong and filled with faith and then we begin to look around?  How did I end up here? Was this really God?  This doesn’t even make sense.  Logic and reason give way to panic and fear. The faith that moved our feet forward is now replaced with fear moving our feet backward.  Pastor Wayne describes obedience as walking out the fullness of that decision long after the emotions of that decision have passed.  Too often I measure my faith by the chicken skin moments.  After a great worship set, a rousing sermon, a poignant journal entry I feel ready to take on the world.  The waters have parted and I’m ready to reconcile with the brother who hurt me, commit to more time with my boys, apologize to my wife.  Then, when it comes to actually doing it I no longer feel the rush I had felt previously.  Now, my knees begin to buckle, I become an expert in procrastination, and I find excuses to walk the other way.  I know faith isn’t about feelings, but I often live as if feelings are in the driver's seat.  I want God to move, but it often means I’ve got to move along with Him.  God parted the waters, but each person had to choose to keep walking by faith all the way through.  Faith is so much less about feelings and so much more about putting one foot in front of the other in the direction God has led me.

This morning as I read this verse I was reminded of waking up to The Red Sea while staying in Jordan.  To actually see the Sea with my own eyes was to understand at a much deeper level what a miracle working God You are.  The problems I face right now do not negate the promises You have spoken and present the possibility to have a front row seat to a miracle.  Instead of making New Years Resolutions that last only a few weeks I choose to make daily decisions to follow You and follow through with what You’re calling me to do. Sometimes, miracles happen in a moment.  Most of the time miracles happen over time, one step at a time as I keep walking faith and not by sight.  This brand new year is filled with problems and possibilities, but as long as I’m walking with the Sea Splitter I will see the promise come to pass!