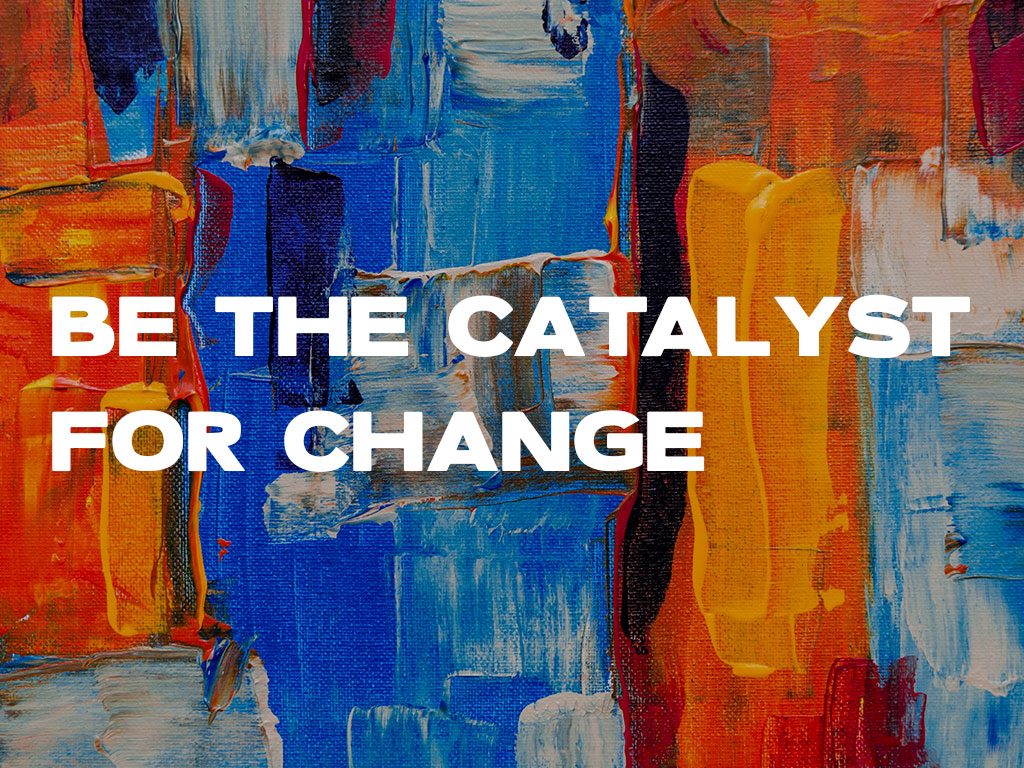 Be The Catalyst For Change

18 When Jesus got back into the boat, the man who had been demon possessed begged to go, too. 19 But Jesus said, "No, go home to your friends, and tell them what wonderful things the Lord has done for you and how merciful he has been." 20 So the man started off to visit the Ten Towns of that region and began to tell everyone about the great things Jesus had done for him; and everyone was amazed at what he told them.   Mark 5:18-20 (NLT)

This had always struck me as a strange response on the part of Jesus.  The man had just been delivered of a Legion of demons.  He had made himself an enemy of all who had once known him back home.  Now we was involved in the loss of their entire herd of pigs so that wasn’t going to make this man very popular with his people.  Why wouldn’t Jesus just let him come along?  He had nowhere else to go.  Was there no room in the boat.  Was Jesus stuck on not going over 12 disciples?  Not at all.  In fact, he saw this man as a disciple and he knew where he would be most effective.  It wasn’t going to be going from town to town with him and his disciples but rather going back to the Ten Towns (known as the Decapolis) and telling his story.  Jesus gave very specific instructions, “Go home”.  This man hadn’t had a home outside of the cemetery for years.  Jesus said, “to your friends”. This man needed this prophetic description because he wasn’t sure any of those people he once called “friends” would want to have anything to do with him.  Then Jesus said, “ tell them what wonderful things the Lord has done for you and how merciful he has been.”  This is the catalytic moment in this man’s life that would become the catalyst for change in his entire community.  Where this man saw problems Jesus saw possibilities.  Where this man couldn’t see past his past Jesus saw him changing the future for everyone he came in contact with.  If he simply left everyone he knew to go with Jesus these Ten Towns would only have known Jesus as that trouble maker who sank their pork profits.  Instead, every single person who heard this man’s story now knew the great things Jesus had done and scripture says “everyone was amazed as what he told them.”  Everyone!  The proof of this catalytic transformation of an entire community can be seen when Jesus returns to this area later and meets thousands of people who are literally hungry for what Jesus is bringing:  Jesus left Tyre and went to Sidon, then back to the Sea of Galilee and the region of the Ten Towns... About this time another great crowd had gathered, and the people ran out of food again...There were about four thousand people in the crowd that day, and he sent them home after they had eaten.

(Mark 7:31;8:1-10)  One man’s testimony of radical transformation prepared the soil of their soul to see Jesus as their Savior.

I love to BBQ on the beach.  There’s just something about breathing the fresh ocean air while hearing the sizzle of burgers over an open flame that really feeds my soul.  I remember one time hiking out to the beach with our family and all the food and supplies required to make a good dinner for them.  I got out my Weber BBQ and stacked the charcoal briquettes in a pyramid fashion as all professionals know to do. Then, I got out my Aim ’N Flame to light the charcoal but realized I had made a very amateur mistake.  I had forgotten these weren’t soaked in lighter fluid and I had left it at home.  I had all the potential in the world for a delicious BBQ dinner on the beach but with the catalyst of lighter fluid, all I had was a pile of cold charcoal and some raw meat.  Jesus saw in this man set free a catalyst that had the potential to light ten towns on fire for the Gospel with his one story.  There was no way he was going to keep that to Himself.  I wonder if we see ourselves that way?  That just by sharing our story we can increase the rate of reaction to the Gospel of Jesus Christ.  Could it be that while we are asking Jesus to take us somewhere else, He is instead sending us right back to the ones we will be the most effective in reaching?  Even if we aren’t the ones who are actually lead them in the sinner's prayer, our story of the Savior is preparing the hearts of our family, friends, neighbors, students, co-workers to reach out to Jesus when He comes across their path.  The worst thing a catalyst can do is to simply stay contained.  To not put lighter fluid on my charcoal is to miss the whole reason for having lighter fluid in the first place.  The catalyst is present to prepare the heart for the spark of the Gospel that will change them for forever.

Lord, I pray that we would see ourselves the way You do.  Not as those who are defined by their past, but rather as those who can use our past to reveal the change in our present and redirect the eternal future of those around us.  It’s never comfortable going back to those who have known us at our worst and yet we become the most convincing message they will ever hear that God is real.  Make us the catalyst that will change our communities and cause many to find to You Jesus Christ! 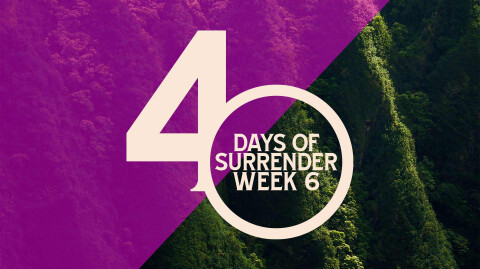 Find You on My Knees